Easily one of the most breathtaking elements of the city, the Notre-Dame Basilica in Montreal is unlike any other church I’ve visited. With it’s rich mix of bright blues and reds twisting in intricate patterns around columns, everything accented in gold, the scale and vibrancy of the space hits you as soon as you step inside.

When the local congregation outgrew their more modest church, construction began on a grander version in 1824. The architect in charge was James O’Donnell, an Irish-American Protestant from New York, who designed the new Notre Dame in an elaborate Gothic Revival style.

The exterior was completed in 1843, at which point the new church was the largest in North America. On his deathbed, O’Donnell converted to Catholicism, making it possible for him to be buried in the church he created. His is the only body in Notre Dame’s crypt.

O’Donnell would never see the stunning interior of the church finished – or witness the naming of Notre-Dame as a Basilica in 1982 – but the completed effect is quite a remarkable legacy. 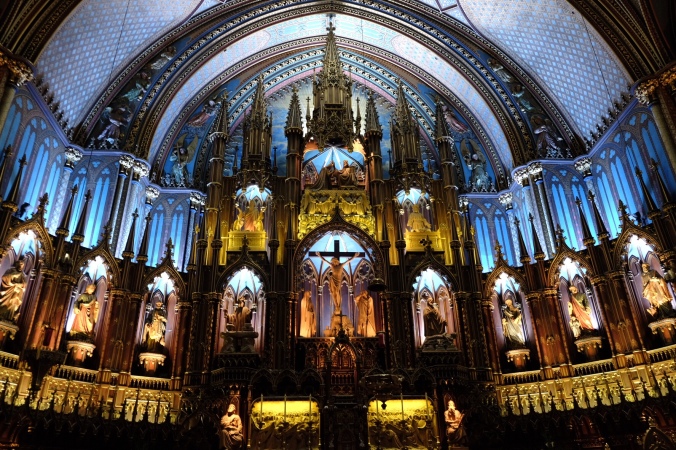 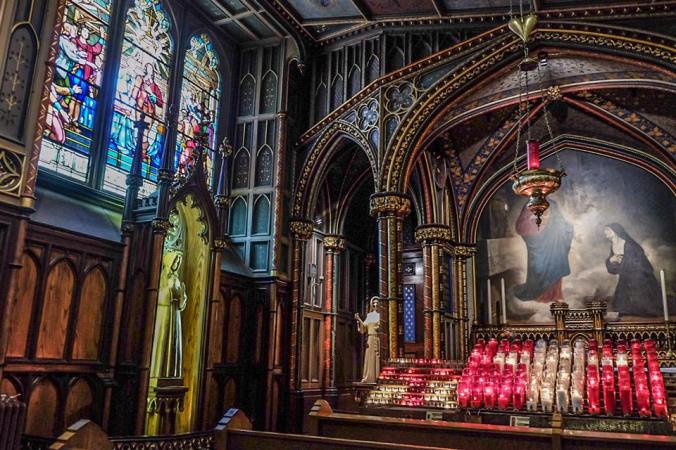 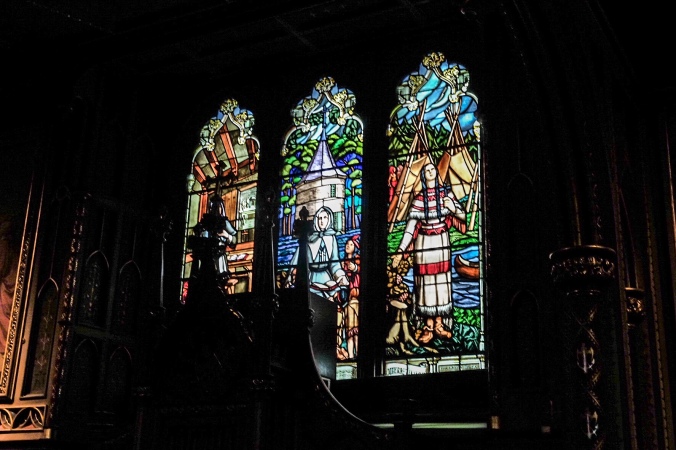 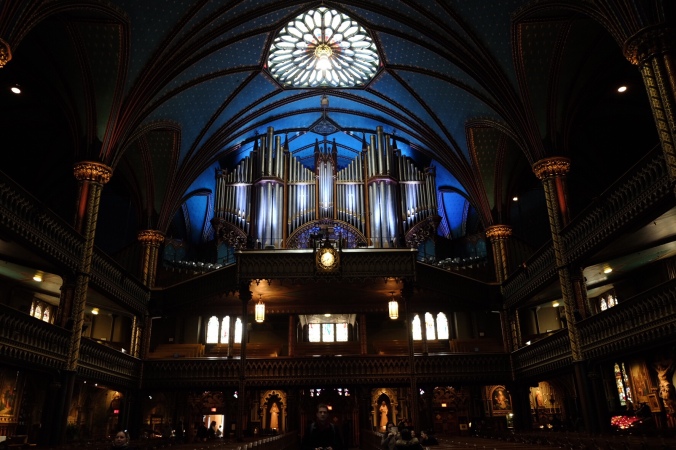 Added to the church in 1929 were unconventional and eye-catching stained glass windows that depict real life events from the founding of the city.

Turn your back on the incredible altar in order to appreciate the stunning organ that dominates the space above the entrance. Built by the Canadian company Casavant Frères, with it’s 7,000 pipes it stands at an imposing 32 feet.