The only tree that grows in the Acoma Sky City Pueblo stands out starkly – a solitary cottonwood thriving in the New Mexico heat next to an abandoned cistern. In a village dominated by the rich browns, reds, and yellows of clay and rock, the green of the leaves almost glows. Tadpoles swim in circles at the surface of the shallow pool, another unusual sight on this mesa elevated 367 feet above the valley floor in the desert outside Albuquerque. 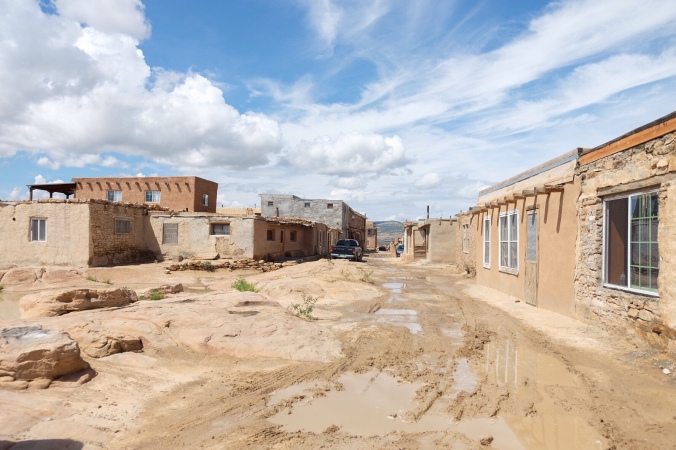 Sky City is the original of the four villages that make up Acoma Pueblo, and is renowned for being the oldest continually occupied community in North America. Visiting on one of the regular guided tours, the upbeat guide mixes jokes with history lessons. He warns us not to get too close to the cliff edge or we’ll find ourselves back at the visitors center below “the fast way”.

Starting at the mission church, tar black crows fly overhead. They set down in groups onto the cemetery wall, resting on the mounds of earth that are meant to represent soldiers standing in protection, before lifting fluidly back into the air. The logs used to construct this church were carried by the Acoma from a mountain 35 miles away in the early 1600s. The packed clay and straw floor is uneven in areas, and muffles the groups footsteps as we enter. Pink paint adorns the walls, symbolizing the blending of the Acoma religion – red – with Christianity – white. 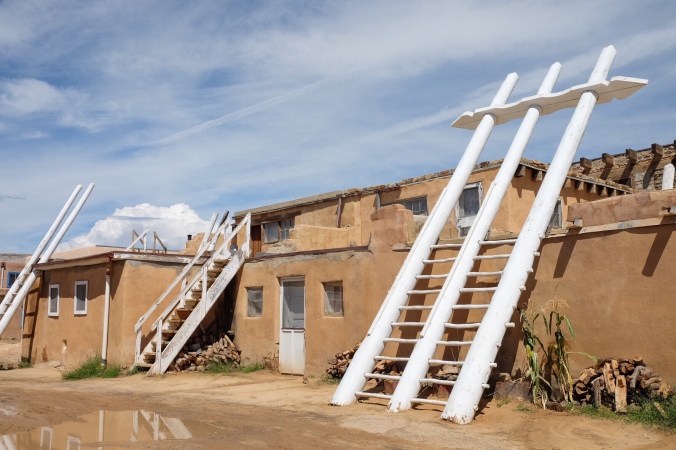 Venturing into the residential area, the muddy streets are quiet and the homes blend together. In this matriarchal society, these houses will be passed to the youngest daughter in each family. Many of them are crowned with small white crosses, a reminder of European colonization and religious influence. The prevailing story is that a Spanish explorer stumbled across this village during his search for the Seven Cities of Gold. A mineral used in the window panes shimmered enticingly in the sun, making the city rising above him appear to glimmer in a barren desert. A romantic introduction, the relationship quickly turned dark as the arrival of Europeans to this part of New Mexico played out much the same way as it did everywhere else in the Americas – with enslavement and violence against the native peoples.

The bone white ladders that lean against the adobe homes stand as proof of Native resistance to the Europeans. They were used to enter ‘kivas’ – local religious spaces that were disguised as regular rooms in a home during a time of Spanish control. The lack of doors or internal stairways were a form of protection from invasion. Symbolically, their pointed tops reach into the sky, trying to pierce the clouds and send down rain. 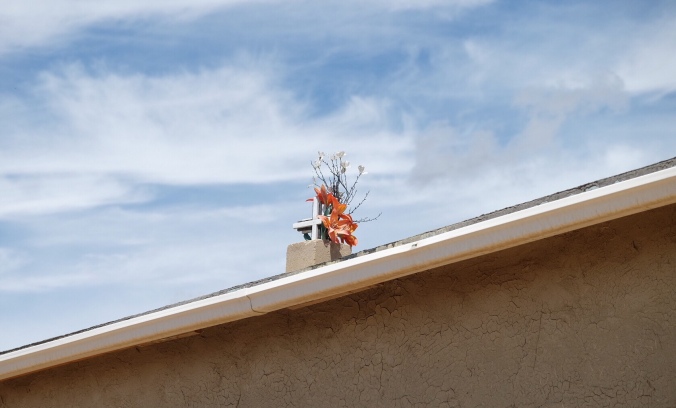 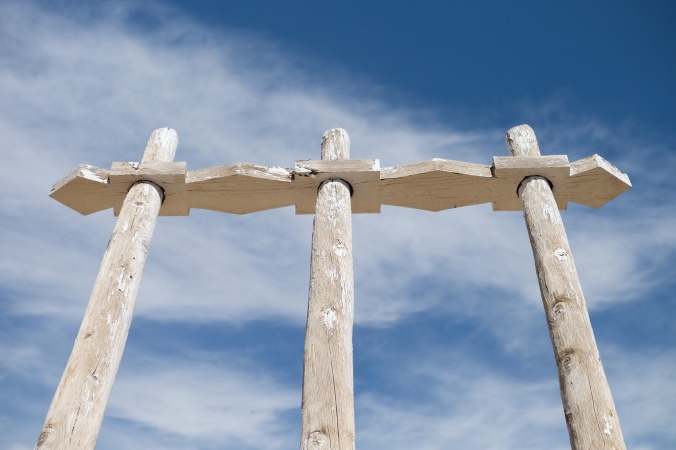 Symbolism is present in architecture and art alike. Residents are prepared for visitors and stand outside their homes, behind tables where their pottery and jewelry are displayed. The colors used each have meanings and, combined with traditional images, each piece tells a story.

Walking to the edge of the pueblo, a cinematic expanse stretches out in all directions. The Mount Taylor volcano, known locally as the Enchanted Mesa, is close by, and masses of red, yellow, and black striped rocks stand upright in all directions against a vast blue sky.

Returning to the visitor center after the tour concludes, we opt to climb our way down instead of getting back into the shuttle bus. An ancient pathway cut into rock leads us down the mesa; we almost slide down the narrow and worn stairway, fingers gripping the indented climbing holds.

Acoma is a spectacular spot that brings you face-to-face with a remarkable piece of American history, and I’m grateful to have had the chance to visit. 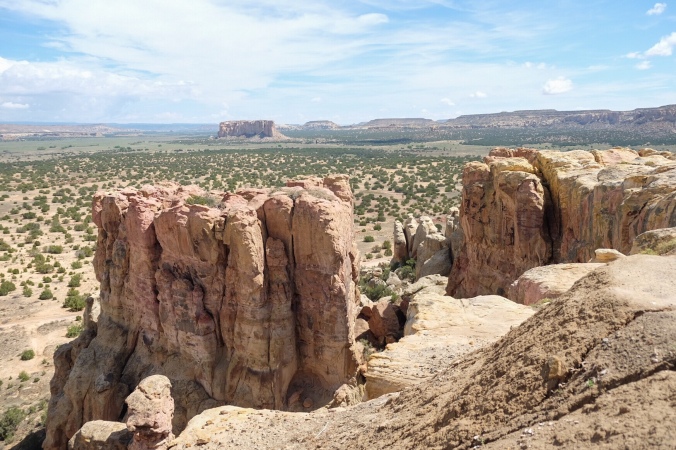 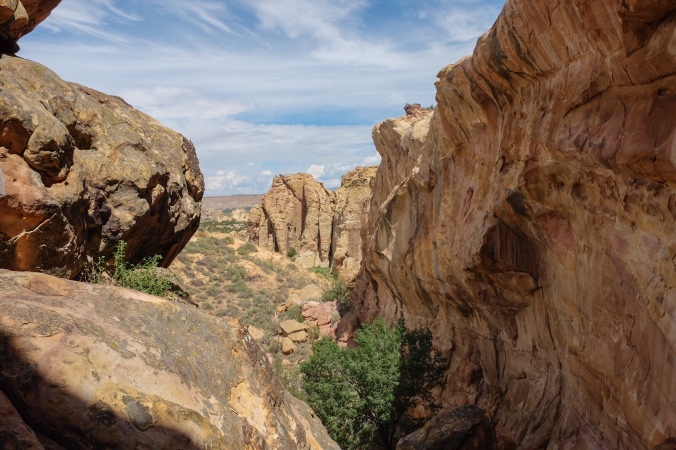