Since I moved to West Harlem last winter, there have been several bird murals that consistently catch my eye on my daily wanderings. One, placed just by the nearby subway station, greets me as I return home every evening; another huge, vibrant display looms over a gas station a ten minute walk north, and I make it a point to walk by if I’m on my way to anything in the area. The scale of those bright colors always makes me smile.

But the more I’ve been exploring the neighborhood, it’s finally hit me that this theme is more prevalent than can be explained by the presence of single-minded local artist. The birds of Harlem are everywhere, and manifest in quite diverse styles: 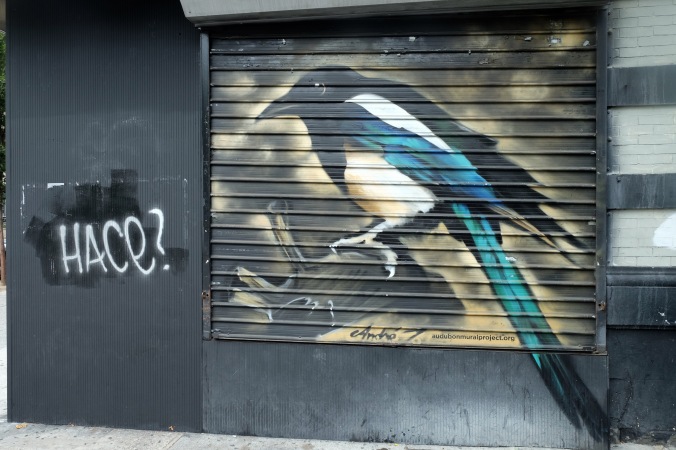 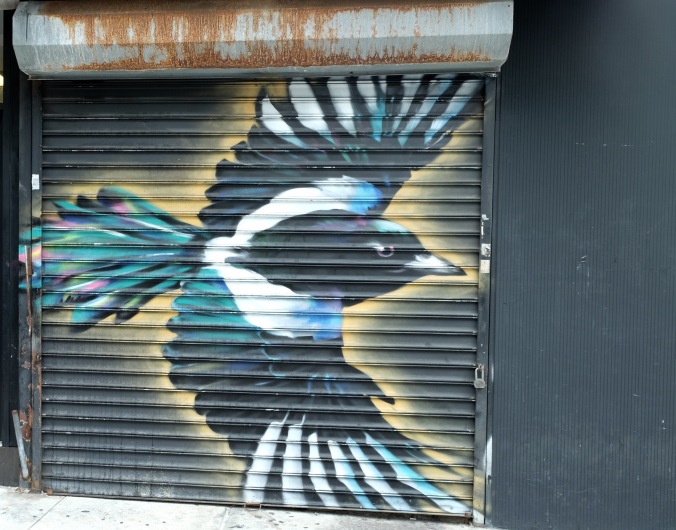 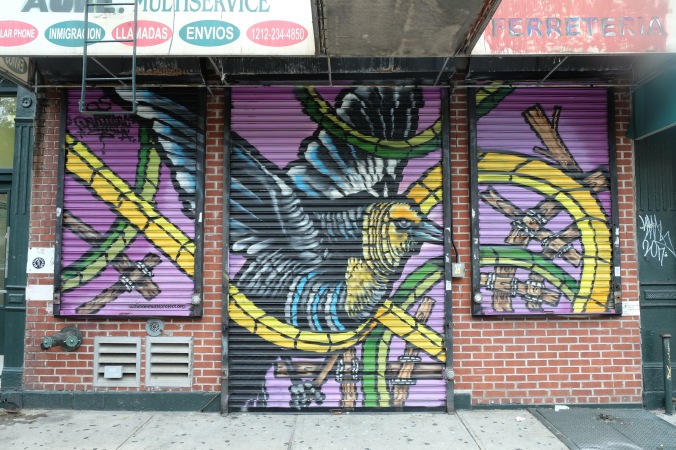 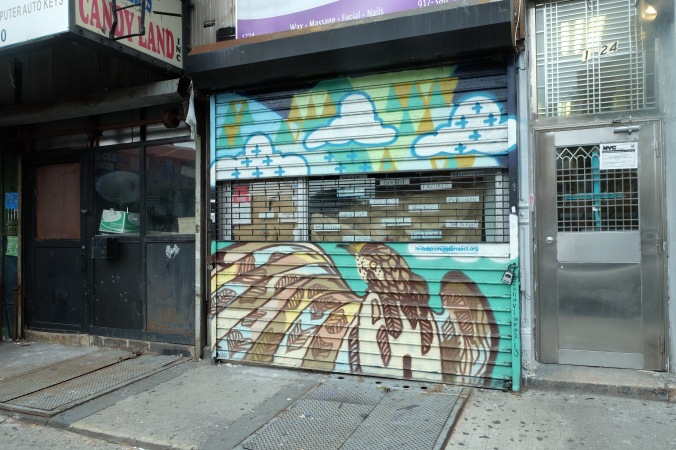 It turns out that these bright murals are part of an educational campaign, and this is only the start of an ambitious project. The National Audubon Society partnered with Gitler &_____ Gallery to raise awareness about the climate-related threats to local bird species by commissioning murals for each of those affected. Out of the 314 endangered bird species in North America, you can find at least 67 already painted around Harlem (this number must not be updated, because some of the ones I photographed are not yet accounted for on their site).

Why Harlem? This was home to John James Audubon while he was in NYC, a bird expert from Haiti who meticulously documented and illustrated over 400 bird species in his 4-part series, Birds of America, published in 1827. (The scope of his life’s work suddenly makes this modern day endeavor seem increasingly reasonable). His passion for the natural world has made him a heroic figure in the eyes of later environmentalists, and this project certainly seems like one he would embrace.

Audubon is buried in West Harlem’s Trinity Cemetery on 155th and Broadway, just across the street from one of the most dramatic murals created – “Swallow-tailed Kite +12”.

If you want to spend a day tracking them all down: https://www.audubon.org/sites/default/files/audubon_mural_project_map.pdf